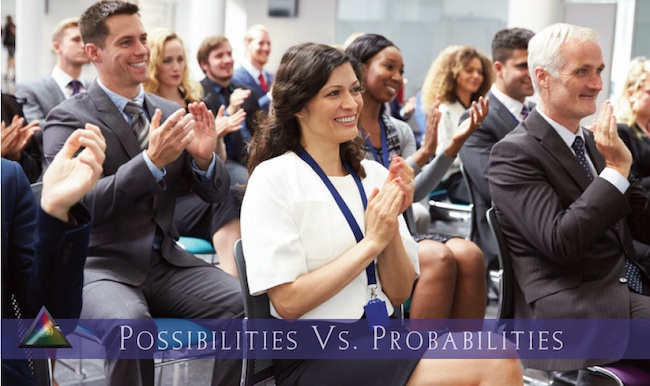 “We all have possibilities we don’t know about. We can do things we don’t even dream we can do.” ~ Dale Carnegie

The Young Vs. The Old — Possibility Vs. Probability Thinking… 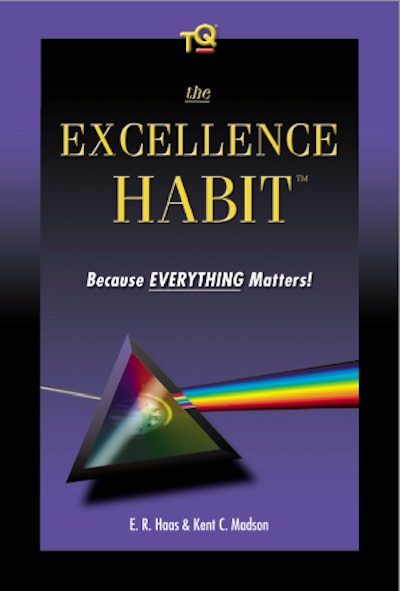 When we are young, first starting out, we ignore all the rules, dangers, doomsayers and think with one of the most powerful words in the English language: POSSIBILITIES.

We look for OPPORTUNITY regardless of the risks.

We judge the road ahead by where it might lead, versus the certainty of a well-established, known destination.

Clearly, we are far more likely to pursue the road less traveled.

Somewhere along the road we start to become weary of the forks, twists, and turns. We start to think more of the destination rather than the journey.

We lose our youthful enthusiasm for the hunt, and start to look at the world through the lens of PROBABILITIES… and weigh more of our judgments on our SCARS, not the STARS as my dear friend Dr. Robert Schuller would say.

Impossibility thinkers are people who make swift, sweeping passes over a proposed idea, scanning it with a sharp negative eye, looking only for the distasteful aspects. They look for reasons why something won’t work instead of visualizing ways in which it could work. So they are inclined to say “No” to a proposal, never giving the idea a fair hearing.

Impossibility thinkers are people who immediately, impulsively, instinctively, and impetuously react to any positive suggestion with a sweeping, unstudied, irresponsible assortment of reasons why it can’t be done, or why it is a bad idea, or how someone else tried it and failed, or (and this is usually their clinching argument) how much it will cost! They are people who suffer from a perilous mental malignancy I call the impossibility complex. They are problem imaginators, failure predictors, trouble visualizers, obstacle envisioners, exaggerated-cost estimators.

You can become a Born-Again Possibility Thinker!

Take the Excellence Habit Challenge and in 100 short days — in just 15 minutes a day — you will think differently… release an inner-boldness… and start to see your world through the filter of what CAN happen vs. all the things that MIGHT torpedo your success.

Why not use the time ahead to turn back the hands of time when you were a dreamer, doer, and a whole lot more progressive?

POSSIBILITY thinking is a very big deal. Join us for 100 days on the road less traveled!

« A thought on Time and Money. Do you have enough of both?
Instantly More Successful… Hype or Hope? »